Acupuncture and the Opioid Crisis

The opioid crisis has taken hold of the country with 60,000 people dying this last year from opioid related issues. In Michigan alone, health care providers wrote 11 million opioid prescriptions in both 2015 and 2016. To put this in perspective, there were roughly 8 million prescriptions written in 2009 for Michigan's 9.9 million citizens.

With such a massive escalation in opioid use, we need tools outside the confines of the established Western medical model. To this end, Chinese medicine may very well play a powerful role.

While once considered by the Western world to be something akin to voodoo, organizations such as the American College of Physicians and the World Health Organization (WHO) now acknowledge acupuncture to be an effective tool for battling pain and addiction. Many medical organizations currently advocate that people should seek out this noninvasive method for treating pain...before resorting to highly addictive medications.

But what about for those who are already addicted to pain medications? While acupuncture is currently recognized for its ability to reduce pain, it is less known for its value in addiction recovery, although it has been used for this express purpose for years.

But exactly how can acupuncture help people recover from pain and opioid addiction? One of the mechanisms by which acupuncture may work is through regulating the neurological system.
The human body actually produces its own natural (endogenous) opioids and therefore has opioid receptors located in the brain, as well as in the spinal cord and intestinal tract.

In a recent study by the University of Michigan, neuroscientist Richard Harris made an interesting discovery. In his trial, genuine acupuncture (utilizing classical acupuncture points and the insertion of needles into the skin) was compared with a control group who received “sham” acupuncture (a placebo method using a retractable pen like device that does not penetrate the skin and was applied on areas of the body not associated with acupuncture points).

The latter method is akin to a sugar pill and is used to effectively trick the patient into believing they are receiving real acupuncture. This helps researchers discern if the benefits attributed to acupuncture are truly caused by precise needle insertion into specific points on the body, or are merely an effect of a patient’s mind and positive expectations.

Yet, what actually transpired in the brain was quite startling. Genuine acupuncture caused a reduction in pain similar to the placebo, but the number of unoccupied receptors actually increased dramatically.

However, because the pain was indeed reduced, it was concluded that it was not a drop in endorphin levels that researchers were observing but rather an increase in the amount of opioid receptors being expressed.

It may be that acupuncture actually works in part by regulating the neurological system, bringing it back into homeostasis for both addiction and pain. Moreover, acupuncture may help to resolve the underlying disease process rather than just acting as a quick symptomatic fix.

But that’s theory. What about treating addiction in actual practice? That’s where we turn our attention to New York.

Beginning in 1974, the South Bronx’s Lincoln recovery center spent 10 years establishing the NADA (National Acupuncture Detox Association) 5 point protocol for treating opioid and many other forms of chemical addictions. The NADA protocol involves the careful placement of acupuncture needles in five specific acupuncture points on the ear. The needles are left in place for 30 to 45 minutes and then removed. This method is now used around the world to help people recover from addiction. 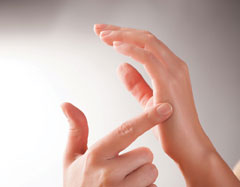 In my own practice, I treat patients for addiction by combining the NADA protocol with a therapy called Emotional Freedom Technique (EFT). Addiction - be it opioid, nicotine or sugar - invariably has an emotional component. EFT bridges the gap between psychology and Chinese medicine.

An EFT practitioner identifies a patient’s underlying emotional trigger and then taps specific acupuncture points while the patient focuses on the emotions associated with the addiction. EFT has gained notoriety as a self treatment for emotional issues and pain, but its benefits really shine when a trained practitioner is guiding a patient through their emotional barriers.

Despite studies supporting the efficacy of acupuncture for addiction and pain, there are always skeptics who refute such evidence. So who is correct?

Ironically, it is increasingly the Western physicians who are becoming the biggest champions of acupuncture and are suggesting it and other alternative therapies for one reason: they see their patients getting better where conventional methods come up short. And as a practitioner, when a lifelong smoker tears up their last cigarette in front of you after a treatment, there is no better feeling or evidence that this medicine works.

Robert Simon practices in Franklin Village, MI. He is a registered and licensed Acupuncturist, a graduate of the Barbara Brennan School of Healing, a clinical massage therapist and has trained in craniosacral therapy, Emotional Freedom Technique, NAET allergy elimination, pain reflex release technique and many other therapies for treating pain, dysfunction, and internal medical issues. For more information, call 310-994-8474 or visit his website at ChigongTherapy.com.

Read 2322 times
Tagged under
back to top