They Thrive on Natural, Unstructured Fun 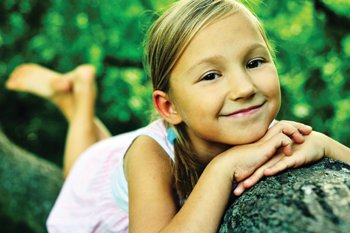 WNotions of summer as endless free time—to climb trees, chase fireflies, build a fort in the woods, maybe set up a lemonade stand—have been supplanted in many families by pricey summer camps or other highly structured activities. But unstructured play isn’t wasted time; it’s the work of childhood, a vehicle for developing a basic set of life skills. Research published in Early Childhood Research & Practice shows that children that attend play-based rather than academic preschools become better students.

Self-initiated and self-directed play means the child is calling the shots and learning what comes naturally. If a child strums a guitar because he loves it, that’s play. When being instructed, the child may enjoy the experience, but it’s not the same, because the motivation is at least partly external.

The American Academy of Pediat rics recommends that children play outside as much as possible—for at least 60 minutes a day—yet almost half of America’s youth routinely aren’t getting any time outside, according to study findings reported in the Archives of Pediatrics & Adolescent Medicine. Outdoor play helps combat childhood obesity, acquaints them with their larger environment and supports coping skills.

Thinking back to our own best childhood memory, it won’t be a class or lesson,
but the time we were allowed to just be.

Every child is different. But as Dr. Kenneth R. Ginsburg, a professor of pediatrics at The Children’s Hospital of Philadelphia and University of Pennsylvania and a leading expert on resilience, remarks, “Every child needs free, unscheduled time to master his or her environment.” Play is valuable because it miniaturizes the world to a manageable size and primes kids for learning.

Consider the complexities involved in a game of chase. Kids develop social skills in organizing and agreeing on rules, and then participate in the physical
and creative actions of the actual activity while resolving conflicts or disagreements during its course—providing a foundation for excelling in school and even the business world.

Solitary play also provides problem-solving practice. A young girl playing with her dolls may try out different ways of handling the situation if one of them “steals” a treat from the dollhouse cookie jar before tea is served.

Because youth haven’t yet developed a capacity for abstract thinking, they learn and discover more about themselves mainly by doing. Developing small self-sufficiencies gives kids a sense of power in a world in which they are, in fact, small and powerless. This is why kids love to imagine dragon-slaying scenarios. Taking risks and being successful in independent play can increase confidence and prepare them to resist peer pressures and stand up to bullying.

Given our global challenges, tomorrow’s adults will need the skills developed by such play—innovation, creativity, collaboration and ethical problem solving—more than any preceding generation. A major IBM study of more than 1,500 CEOs from 60 countries and 33 industries in 2010 found that the single most sought-after trait in a CEO is creativity.

To survive and thrive, our sense of self must be shaped internally, not externally. We need to learn and focus on what we’re good at and like to do; that’s why it’s vital to have kids try lots of different activities, rather than immersing them full-time in parental preferences and dictated experiences. Leading experts in the field agree that considerable daily, unguided time not devoted to any structured activity facilitates their investment in the emotional energy required to develop their own identities. It is this sense of self that provides a home base—a place to retreat, throughout life.

Ultimately, everyone must rely on their own resources and sense of self or they’ll always be looking for external direction and validation. Mental health workers say that produces kids that take unnecessary risks, have poor coping skills and are vulnerable to substance abuse. Business leaders say such a tendency produces workers that need too much time, resources and direction to be really valuable.

In the end, learning who we are primarily takes place not in the act of doing, but in the quiet spaces between things, when we can reflect upon what we have done and who we are. The more of these quiet spaces families provide for kids, the better.

Summer Play: Seven Ways to Let a Kid be a Kid 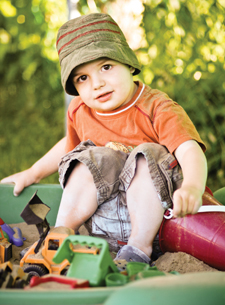 Why not make summer fun again? Here’s how.

1 Follow the principle that regular playtime is vital for everyone.

2 Get in touch with our own playfulness. Kids really do model what they see. Present a picture of adulthood that children will want to grow up to emulate.

3 Tell the kids it’ll be a laid-back summer. Ask them to create a fun bucket list of which activities they want to keep... and which they want to toss. Parents may be shocked by what they say they want to quit doing. Sometimes kids do things because we want them to, and somehow we fail to notice their heart hasn’t been in it.

4 Arrange low-key times with friends and family. This may mean turning down some invitations and setting aside an evening as family night. Make sure kids have regular opportunities to just hang out with family and friends.

5 Encourage freerange (not pre-packaged), natural and spontaneous play— like a sandbox in the backyard, blocks and impromptu neighborhood soccer games, instead of an amusement park, elaborate toys and soccer camp.

6 Make sure children also have total down time for lying in the grass looking at the sky, or sitting on the sidewalk sharing a stick of all-natural gum with a friend.

7 Show trust in giving youngsters some freedom. Choice is the hallmark of true play. Have confidence that when a child is off on his own and enjoying and directing himself in activities he chooses, that is his “job”. The chances are that whatever innocent activities he’s doing of his own free will are better than any “enriching” activity we might impose on him. 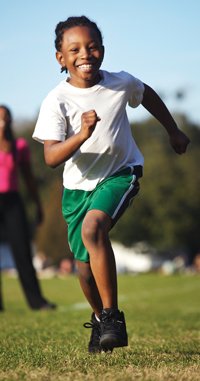 Given their prevalence today, it’s remarkable that video games have been in existence for just 40 years. What has evolved—children spending an average eight to nine sedentary hours per day in front of a video screen—was not part of the inventor’s plan.

“It’s sad, in some regards,” says Ralph H. Baer, “the father of video games” who introduced the rudimentary game of Pong in 1972. “I thought we would be helping families bond together in the living room; the opposite has happened.”

For those of us that pine for the era when our mothers would send us outside in the morning with a sandwich in a bag and a canteen full of water—with orders not to come inside until dinner time—it’s gratifying to know an old-fashioned childhood need not be committed to memory. Games, the real ones played outdoors, are alive and well.

“One of the great things about the games we played is that most of them are free, or one-time, lifetime purchases,” says actress Victoria Rowell, co-author of a book that offers an antidote to the video game revolution, Tag, Toss & Run: 40 Classic Lawn Games.

Families can easily find the makings for all sorts of outdoor family fun. Play tug-of-war with any sturdy rope, or take turns swinging two flexible ropes for a spot of double Dutch, a game brought to New York City from Holland by early settlers. A large elastic band becomes a Chinese jump rope. Tree twigs or small branches work for stickball or double ball, a game played by native peoples on this continent hundreds of years before Jamestown or Plymouth Rock. Larger tree limbs can be cut into eight-to-10-inch sections for use in mölkky, a popular Finnish tossing contest that is gaining favor here (move over corn hole).

Several games only require a ball, and many more don’t require any apparatus at all. Think of the copycat games such as Follow-the-Leader or Red Light/Green Light, or the Hide ’n Seek games, Fox and Hound, Ghost in the Graveyard and Capture the Flag. They offer as many variations on a theme as they do hours of exercise, communing with nature, conflict resolution and unstructured, untallied play.

We’ll never get all the way back to the time when neighborhoods and the games we played were children’s only babysitters, but that doesn’t mean we can’t give it the old college try.

Madeline Levine, Ph.D., a clinical psychologist and educator in San Francisco, CA, is the author of New York Times bestsellers, Teach Your Children Well and The Price of Privilege. See MadelineLevine.com/category/blogs.

Read 3192 times
Tagged under
back to top